Gifts for mum... gifts for dad... Valentines gifts... new baby gifts... 21st birthday gifts... anniversary gifts... secret Santa gifts... blah, blah, blah. Let's face it; gift giving certainly isn't alien to us. Regardless of your race or wallet, gift giving is a tradition amongst all cultures of the world. What would your birthday be without presents, not to mention Easter, Christmas, Mother's Day or Valentine's Day?

Psychologists have discovered that giving Valentines Day gifts, thank you gifts, Mother's Day gifts, Father's Day gifts, and what have you, is an amazingly complex and important part of human interaction that helps define relationships and strengthen ties with family and friends. In fact, they say it's often the giver more than the receiver who reaps the biggest "psychological" benefit from a gift.

One of the best things about gift giving is the great feeling you get when you give that special someone a special something. When you see Mum's eyes light up as she unwraps those unusual birthday presents you spent ages deciding on, or the warm glow that spreads across Granny Irene's face as she daintily tears off the wrapping paper from her pile of 80th birthday gifts. You suddenly realise you've created a little more prosperity in someone's life.

But when and how did gift giving begin? Once upon a time, native cultures celebrated potlatch, an intricate ceremony that celebrates the act of giving. Instead of being judged by what possessions you had, your clan or village was defined by who gave more. The more generous the potlatch, the more status the family earned.

Researchers carried out a trial recently on pet owners and what presents they gave their furry friends. As we know, animals can't physically return gifts to us. The thought of a golden retriever or tom cat handing us a beautifully wrapped box of Ferrero Rochers or bottle of Merlot is something we can only dream about. The only "gift" you're likely to receive from your much-loved feline or canine companion is a dead bird or dirty old bone.

But researchers confirmed that these pet owners didn't expect anything in return at all, since pets can't return in the same way. What drove these doting owners was their desire to please and bring pleasure to the animals. Aaaaw, bless. Even though this study was carried out on pets, it shows there's much more pleasure in giving and knowing someone (even if it is a dog or cat) has been remembered by someone.

On the flip side of the coin, Japan is one culture where giving and receiving presents is the cornerstone, and not necessarily an act of pure love and affection. For the Japanese, gift-giving at its finest is a token of appreciation, and at its worst, a competition. There's a gift-giving occasion known as Okaeshi, which basically means 'giving something back.' So it's a gift you give back in repayment for a gift you've received. Something must be given in return.

Unless you live in Japan, it would seem giving presents to someone else - whether they're mother's day presents or anniversary gifts - reinforces our feelings for them and makes us feel happier. 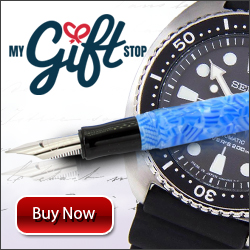 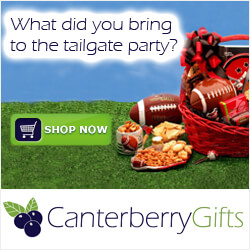 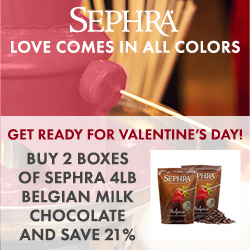